The Evolution of the Archer

Evolution is possible at the Release & Lv 50. 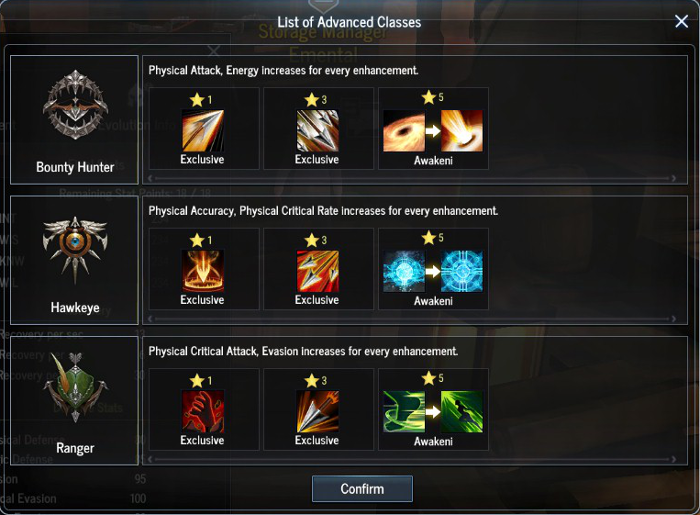 !!! In each evolution the 3th skill is an common skill and can get in the status [Awakened].

do you know if "awakened rush" it's furtive mode same assassin ?

Hawkeye is very underwhelming at the moment.

Burst Arrow: Simply bad as it is. Shares the cooldown with Barbed Arrow, which is clearly superior for what we use it for - applying a debuff that buffs the dmg of two other skills. Burst only has a 70% chance at applying the Fire dot, while Barbed has a 90% to apply the Bleed. The decent hit dmg of Burst doesn't deserve to have the skill locked to Barbed Arrows cooldown.

Awakened Phoenix: Not bad, but clearly designed around the bonus dmg from being 15m+ away, as that bonus seems to be 20%.
You must log in or register to reply here.
Top Bottom