Astel of the Week: Rota 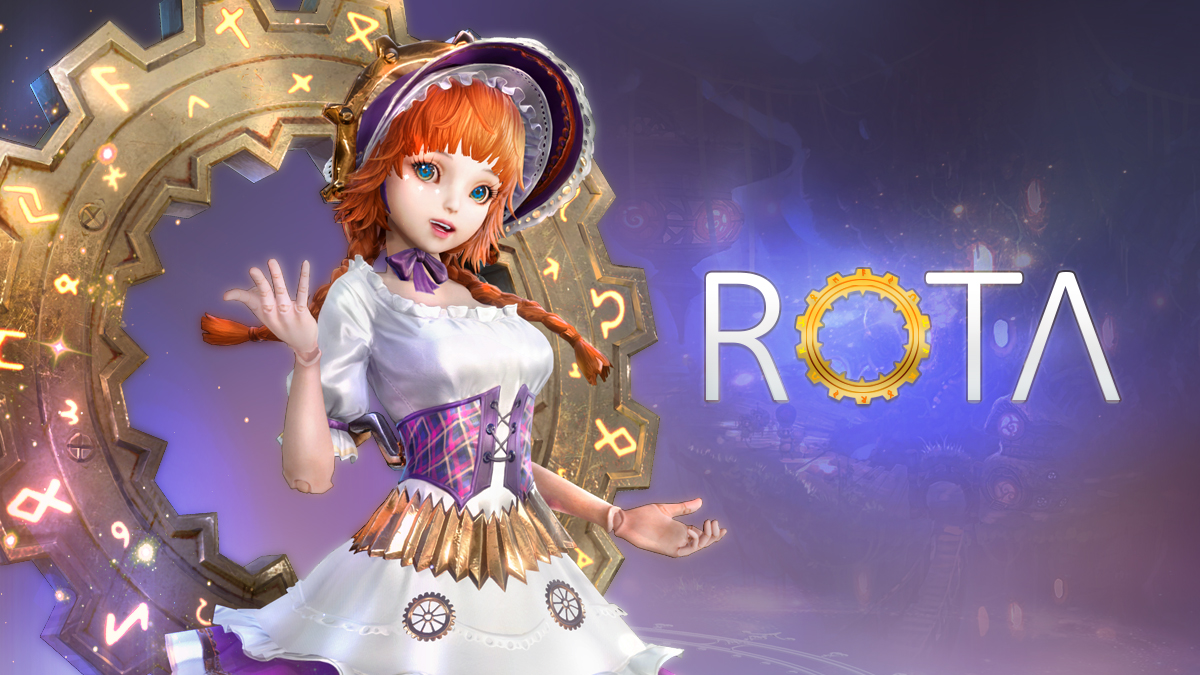 One thousand years ago, the wizards in the ThunderClap Tower decided to do an experiment. They wanted to see if it was possible to create an artificial Astel. This had never been attempted before, and though it took many tries, their combined power was able to produce a masterpiece. Her name is Rota, an Astel of the Clockwork, who turns the wheel of Fate.

Rota is a Knight, which means that her expertise is tanking, however, it is very difficult for her to tank multiple mobs. She also has high Physical Defense, which makes her tough against monsters who deal physical damage, but she’s slightly weaker against magic attacks. With Star Jewels, you can choose to enhance her Physical Defense, or balance her stats with Magic Defense. As she does not do more damage, it is preferable to raise her defenses, over her offensive abilities.

Rota will use her auto attacks when they are off cooldown. You cannot control which skills she will use, and when she will use them. She also does not have a collaborative skill.

Rota’s special skill is a strong taunt, that will boost her to the top of the aggro list. It has an 11 second cooldown so it can be used quite often to keep monsters focused on Rota, while you heal or DPS.

In PvE DPS classes will find Rota very useful for keeping aggro while they hammer away at monsters. With Astel Healing Potions, DPS classes can keep her topped off and in the fight. Healers will find that, while she does not do a lot of damage, having a healer/tank combo can be preferable for some fights, as they can keep Rota alive without potions and DPS the mobs. Tanks will not find Rota as useful. She does not do much damage, so they would be better served by a healer or DPS astel.

And the best thing about Rota, aside from the above points, she's a serious smack talker!
She don't take s*** from anyone.

Sometimes, I almost feel sorry for Lira...almost.
The banter Rota has with many of the Astels is quite comical, love the depth of her character as well as her interactions with other Astels.
Reactions: CM Venecia, justscribe and CM Aethon

First thing to note is that the Astel fight AI is quite good, both tanks, melee & ranged damage dealers, and even the healers do their job fine, better than the SWTOR companions (from back then when weren't bugged) or the horrible Neverwinter ones. They are on par with the best single player game companions, like those were in Dragon Age Origins with the detailed AI management mod or those from Dragon's Dogma.
They could use more detailed instructions, but they are already in a very good spot.

Rota, is actually quite scary in advertisement pics; I would have steered away from this game if I had to pick a game based on her pics. I'm glad I already knew it, so that wasn't the case. I'm not into anime and pokemon and the likes, so I have an uneasy feeling being around most Astels. Too bad that I can't pick the look and animation from one, and the function from another, because those I like aren't useful to me, and the useful ones are a bit weird, but their AI is so good that I started liking them, despite these "prejudices".

But our "relationship" it's not quite as bad as it sounds, and I'm only sharing this to show that not everyone has a "love at first sight" reaction towards the Astels. But they gonna win you over when you will see their hard work and dedication, well, if that can be said about an AI.

Rota is the best PvE tank in the game IMO, based on my CBT-1 tests at least. She could always hold aggro despite me starting doing high damage before she engaged, both vs. boss and mobs. I tested the other tanks as well, but while the others can do bit more damage or some CC on a quite long cooldown, Rota had the best aggro holding AI and lowest aggro related cooldowns.

That's both good news and bad. Because there is a best tank, a best healer and idk about the damage dealers (me being the damage don't need them), also don't know about buff types, but the useful or "meta" Astels will be quite few, maybe 5 out of ~30. I don't know if the others need buffs or more skills, or lower cooldowns, or what needs changed, otherwise most Astels will be picked just because their pretty factor only.

And that's quite bad IMO, because some Astels are really pretty, and feels bad having to avoid them just because they are far less useful.
Reactions: Fireball36 and CM Venecia

@Iyo ,
Personally i had better luck with Virgo, along with her deck buffs i found her to be better than Rota, however she is not gained until later levels.
For early level game play Rota will be the go to Knight for many, especially Scholars, but the others do have their uses. Some people swear by the "duck on a stick" /shrug. Also worth noting some bosses magic attacks did give Rota trouble from what i saw in CBT1, fighting Eligos gave her fits compared to some of the other Knights. Only knight i didnt test extensively was Tetrinio (duck on a stick is not even remotely appealing to me).
Admittedly it could of course be chalked up to play style differences for what i experienced?

Also an important general note (not aimed at anyone), Astel wise there is a distinct difference between Knight and Warrior, as Astels are split between the tanking and damage roles unlike the Warrior playable class. Draco for example is considered an offensive melee Astel and not a tank, unlike Rota, Virgo or Tetrinio.
Reactions: CM Venecia

Xovian said:
@Iyo ,
Personally i had better luck with Virgo, along with her deck buffs i found her to be better than Rota.
Click to expand...

I mean just holding aggro, I don't expect more from my "tanks". I tried Virgo, maybe I like her more (as looks), but nope, Rota #1 at keeping them busy.
But then it's nice if others find a different Astel better at tanking, then maybe they are better balanced than I thought. And yes, I know the difference between melee DPS and tank of course
Reactions: CM Venecia

Is why that specific point was not aimed at anyone, saw some people complaining in world chat that Draco couldn't hold agro, when i informed she is a warrior and not a tank, they switched and of course had better results when needing an Astel to hold agro.

As i said it could very well be a playstyle difference or even a class difference threat wise, my Scholar of course had abysmal damage. My only issue agro wise was if i healed to early and i could pull off of any of the Tanks if it was too much too quickly (as i would expect to occur). Rota's short cooldown was useful in that regard, but i found Virgo once she had it, even early fight, she rarely lost agro. Her AoE taunt was also very useful, which was generally the first skill she would use.
Reactions: CM Venecia and Iyo
F

Hi Xovian, since I see that you played a Scholar in CBT1 -- can your heal spells work on your Astels? I'm looking forward to trying this game out during the coming CBT2 but that's still DAYS away.... Heh, sorry for my impatient curiosity.

And I agree - Rota looks to be a favorite of mine too, at least over the Don Quixote-like duck.
Reactions: CM Venecia

Fireball36 said:
Hi Xovian, since I see that you played a Scholar in CBT1 -- can your heal spells work on your Astels?
Click to expand...

Yes they can, in fact it's pretty much required for many sub-boss and boss fights in solo dungeons the higher level you get.
One thing of note, healing of players only works for your group, yourself and Astels belonging to either/both.
There is only one heal spell that can hit non group members or their Astels.
Reactions: CM Venecia and Fireball36

Fireball36 said:
can your heal spells work on your Astels?
Click to expand...

Also there's a special Astel heal potion (or multiple versions of it, with more and more power) that can heal your Astels, useful if on a non-healer class. Of course there are healer Astels which are focused on healing other Astels, while others on healing the player, so you can call such an Astel for a short time for a heal as needed. These two solutions together help keeping your Astel alive, even if you aren't a healer, though a player can heal most.
Reactions: CM Venecia and Fireball36
F

Rota is a wonderful Astel but .... can we get another "Astel of the week"? How about the sexy witch, the fox woman or the Valkyrie with a spear? Inquiring minds want to know....
Reactions: CM Venecia
G

what star jewels should be used on a 5 star virgo?
You must log in or register to reply here.
Top Bottom