Warriors with high defense and vitality are defensive warriors using swords and shields.
Powerful combat power is the base, and you can drag enemies that attack your ally to you with your knives and provocations, or surprise you by rushing to distant enemies. Warrior shields are used not only for defense but also as weapons to attack enemies.
The Warrior, who also combines defense and strengthening friendly forces, is welcomed by the team as a solid guardian.

Archer with high agility is a ranged striker using bow.
You can use fast-moving techniques to attack faraway enemies with your bow, or to distance yourself from nearby enemies. Instead of sacrificing your movement power, you can also make a powerful bow attack and cause a critical strike.
Archer, who is able to cope well with many enemies, is welcomed as a versatile striker.

The agile and sleek Assassin is a close-range striker that deals with the double sword.
Assassins can hurt you, hide your enemies, add poisoning and bleeding to your enemies, or you can do explosive damage using the edges you acquire during battle.
Assassins with fast and varied attack patterns are welcome as a team tactician.

Scholar with high spell power is a healer using a cane.
Scholar can help your friends with various secondary spells, or remove harmful effects. He also uses powerful healing spells to help heal injuries and survive on battlefields.
Scholar, which may be in direct attack in an emergency situation, is welcomed by the team as a strong volunteer.

The mage, which uses a powerful attack spell, is a ranged striker using a wand.
You can use various elements such as flame, ice, and lightning to fire or freeze your enemies, or you can teleport to protect yourself with a teleport at an emergency.
Mage, who burns the battlefield with colorful magic, is welcomed by the team's strong ranged forward striker.

Link to the Korean website where you can use Page Translation to read in 'English'. You can read about skills and their description, as the Secondary Classes and their roles.
(keep in mind that translations can be wrong or not fully accurate and also that we might see some changes between KR and Western version)
http://astellia.inven.co.kr/dataninfo/skill/ 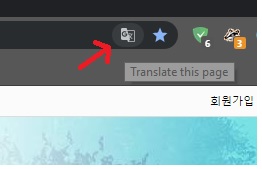 Most of us just use the DB: http://astellia-db.com/warrior.php
While it hasn't been updated for awhile, and is lacking in some details, it gives enough info to understand the concepts of each sub class.
Considering there are some changes between KR and NA/EU, there may also be differences in the sub classes that arent immediately known due to how some skills were modified in the NA version so it is less clunky. They may receive power changes due to this. We wont really know until we see it in game or an announment is made on it.
Reactions: Kepha

Wasn't aware of that website. Should have been in this section for long
You must log in or register to reply here.
Top Bottom